Lucifer Matthias Anghelscu is a protagonist from The Moonlit World. A Romanian/Italian Priest and Executor, he lives in London in Whitechapel, as the head priest of the Church of Saint Giles.

In terms of personality, he's an earnest and polite man. Swift to act if the cause is just, as well as somewhat agonized over his condition. His deepest desire is to know why his mother left him alone and whether or not she ever cared.

Born from a Scholomance ritual to resurrect Dracula on earth, Moria Anghelscu carried the infant though when she gave birth, she renounced her old ways and called for help. Answering the call, Rain Stoker and the Watchers came to Europe and helped her to escape. Leaving the infant in the charge of Rain after naming him, Moria left to undo the damage she wrought and fight the Scholomance on her own terms.

Rain would return with the infant to Texas, at her fortress and stronghold; The Stoker Ranch. Here, she taught Lucifer all she could, preparing him for the day he left and became a target for his enemies. At the age of eighteen, he left the Ranch to complete the rest of his training, bearing a letter to a friend of Rain within the Church and the organization known as the Burial Agency.

Currently, he's still in the midst of his training and while he bears the weapons of the Church and wears their garb, he currently lacks experience most of all. Though that will change with time.

To be filled out.

Lucifer is a Damphir- A human and vampiric hybrid, bred by black magic and weird science. As thus, the abilities of a classic Nosferatu shine more clearly in him then most who were birthed, rare as they are. Currently, his body is faster and stronger then the average olympian. His senses are sharper by night, his eyes able to see in the dark. He can walk on walls and with the fresh consumption of blood, can regenerate wounds that would otherwise be fatal as well as boost his strength and speed to greater heights. The one fantastical ability he has is his power to shadow-walk, using the darkness as gates to cross into the Never-Never and teleport for short distances.

Daylight weakens him, rendering him to base human norms and preventing access to his powers. Decapitation and complete destruction of the heart combined are also a way to kill him. Currently, he cannot access the more fantastical abilities other then the shadow-walk.

The following is the standard equipment pack, which he carries everywhere. 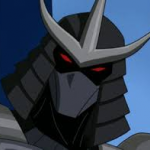